How Redmi is creating tough competition among smartphone manufacturers?

How Redmi is creating tough competition among smartphone manufacturers?

Indian smartphone manufacturers are neck-to-neck in terms of pricing, each trying to out-do the other with some amazing, eye-catching features, or one that is currently the talk-of-the-town on mobile blogs and forums. That said, Redmi has managed to maintain its leading edge, despite aggressive moves from other brands in its competitive set.

Standing where we are now, at the close of 2020, a year that has been tough on all sectors, Redmi and its parent brand Xiaomi are a force to be reckoned with in the market on various fronts.

Since we want to look at Redmi’s market disruption potential, or its ability to provide tough competition, let us undertake a simple comparison exercise. We are going to weigh some of the other smartphones on Google’s list of the most searched smartphones by Indians in 2020, against the most popular Redmi mobile  found on the list, namely the Redmi Note 8 Pro.

The Note 8 Pro comes packed with 6GB RAM, the technical spec credited for smooth operating of a smartphone, and 128 GB internal storage, a 20MP selfie shooter, along with a quad rear camera set-up featuring a 64MP lens, powered by the Helio G90T professional gaming octa-core processor, and a powerful 4500 mAh battery with an 18W fast charger. Redmi also markets the fact that this mobile was the first in the country to have built-in Alexa in the literature about the model, whose price hovers in the vicinity of Rs. 16,000 and Rs. 17,000.

Let’s look at a Vivo mobile from the same list, and only one model made it, namely the Vivo V20. This Vivo mobile offers a few incremental features, including 8GB RAM and a 44MP front-facing camera. Its other features, however, remain pretty much the same. In fact, it has a smaller 4,000 mAh battery. Moreover, the Vivo mobile is priced substantially higher, at Rs. 24,000.

The iPhone 12 was the only Apple smartphone to make it to the list and it is priced at almost Rs. 80,000. In that regard at least considering the price-conscious buyer who represents the larger chunk of the market Redmi’s models win hands-down.

Get the phone of your choice without having to make other sacrifices this festive season, and bring in the new year with a swanky new phone. You can browse through a wide range of smartphones on the Bajaj Finserv EMI Store, and pick your favourite model. Just use your Bajaj Finserv EMI Network Card to pay for your new phone in convenient monthly instalments, with flexible tenors ranging from 3-24 months. 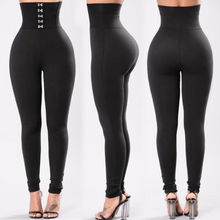 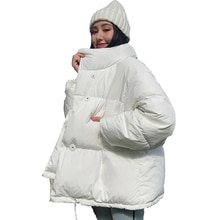